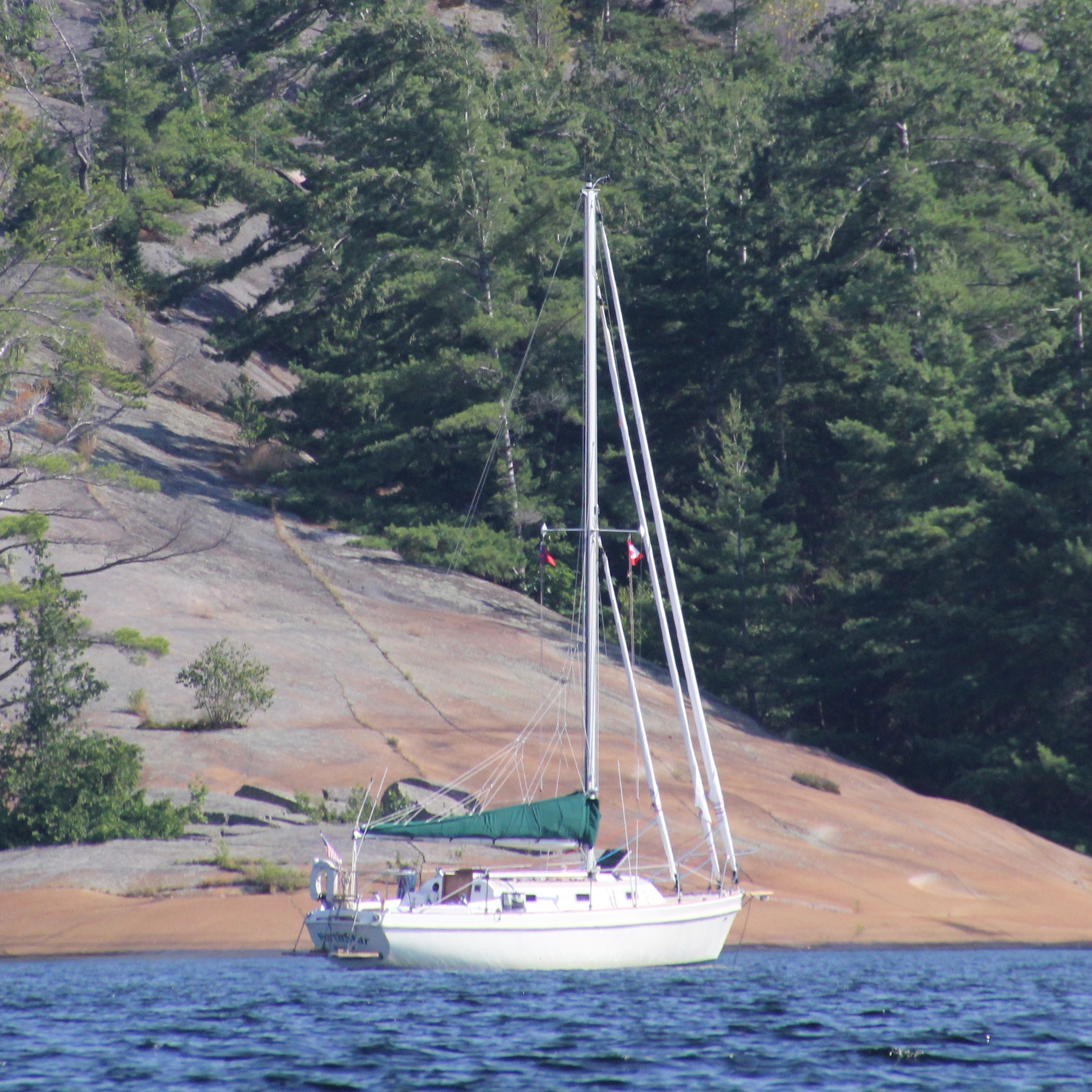 Because emotionally feeling good has an evolved correlation with health, well-being, and success (and emotionally feeling bad has an evolved correlation with their negation), we have evolved to be joyous beings. If your cognitive activities (thoughts, memories, perceptions, imaginations, and/or logical reasoning) don’t feel good, they aren’t, for you or those around you. The key (to health, well-being, and success) is to learn and to develop the skills, abilities, and beliefs that are necessary to re-process emotionally negative cognitive activities into emotionally positive cognitive activities. There is a magnificent oneness and soul within creation that only the heart and mind working together in symbiotic harmony can realize.

The Linguistics of Control Within Engineering vs Psychology

Emotional control (Gross, 2014), as commonly used in literature, religion, science, law, and philosophy, means to manage, restrict, and regulate emotions because emotions are causal to biochemical and physiological changes within the brain and body that drive behavior.  In engineering control theory (Ogata, 2010; Palm, 2014), emotional control means emotions are being regulated and managed as an end product of a system. Within that system, other “manipulated variables” (i.e., cognitive activities) are changed and altered which results in a change in the controlled variable (emotions). That is, emotions are first a result of, a consequence of, or an effect of a system (Powers, 2016). Only then, if and when used as feedback to the system and create change, do emotions become causal.

Cognitive-behavior therapies work because cognition changes the biochemical physiology that is then perceived as emotions.

Star Trek’s Spock and his Vulcan heritage of powerful emotional being that must be controlled through logic is resurrected on Earth with psychology’s cognitive behavior therapies (CBTs) which are designed to reign in aberrant emotions that drive dangerous behavior. But is this science?

Spock’s Reason vs. Emotion: A Fictitious and Dangerous Linguistic Construct of the Human Mind (rev2021-11-28a)

The success of any educational institution cannot be defined solely by their students’ ability to cognitively achieve; success must be defined by their students’ ability to achieve with the presence of health, vigor, and joy along with the necessary cognitive skills, abilities, and motivation to nurture these learning conditions throughout life by employing their own evolved cognitive-emotional bio-feedback mechanisms.

Cognitive-emotional development within an individual is a process of learning, practicing, and utilizing a variety of cognitive-emotional re-processing techniques to where positive feeling emotions, moods, and feelings accentuate physical behavior.

The greatness of the human life experience emerges from the flames of individual desire arising out of hell’s fiery conflicts on earth. Intention is forged in these fires. Emotion aligns our journey with these new intentions. Each succeeding generation will have its own mountains to climb and waters to cross with their own stars to navigate towards. Intent is that guiding star; and it is our emotions that perceive its light. The more joyous the feeling, the more harmonious and powerful the wonders revealed through life’s journey.

When literacy sabotages philosophy, religion, science, and law and limits the growth and development of the culture and society in which they serve.

Emotion does not drive behavior as literature portrays in its poetic dance. Emotion is first an effect a reflection and awareness within the mind providing another dimension to its cognitive memories, thoughts, beliefs, logic, and imaginations that precipitate the biochemical physiology in the brain and body that is driving behavior.

Homer’s Iliad opens with the line “Goddess, sing me the anger of Achilles, Peleus’ son, that fatal anger that brought countless sorrows on the Greeks and sent many valiant souls of warriors down to Hades, leaving their bodies as spoil for dogs and carrion birds: for thus was the will of Zeus brought to fulfilment” (Homer, 800-700/2009). With these words written almost 3000 years ago, Homer linguistically sabotaged hundreds of millions of years of emotional evolution. The civilized arena was staged for aberrant emotion to drive destructive behavior.

Have a person’s core beliefs of emotions – which may have been neurolinguistically molded from childhood (Kemmerer, 2015) through family interactions and, in later years, through reading literary works such as Dickens’s Great Expectations, Poe’s The Raven, and Austen’s Pride and Prejudice – impacted their current understanding of emotions and cognition (Tomasello, 2005)? A shared cultural and linguistic development (Bavin, 2012; Allen, 2019) of core beliefs and conceptual understandings about emotions is required for young students to comprehend and follow the emotional twists and turns within these popular English literary works. As students mature and are introduced to the more advanced works of William Shakespeare and others, comprehension is even more dependent upon the prior assimilation of cultural and linguistic paradigms (Evans, 2017; Kenrick, et al., 2015). Conceptions of emotions are further reinforced by the logic and reason applied in today’s scientific literature, research, and discussions about emotions (Ekman & Davidson, 1994).

Emotions are felt. Emotions feel good, or not. Joy feels good. Anger does not. Love feels good. Hate does not. That is, emotions are the perception of physiological changes and states within the brain and body we feel (James, 1890; Prinz, 2004). We feel anger, we feel love, we feel joy… all of which have some corresponding cognitive process and biochemical and physiological state of being that feels good, or not. If, like Achilles, we are driven by our emotions, then logic would conclude that emotions precipitate the physiology that drives behavior and is then perceived as emotions. That is, emotion is causal to the physiology we perceive as emotion. But can emotions be both causal to a physiological state and being and simultaneously be the effect of that same physiology? Is that reasonable? Is the emotional psychology of Homer, literature, and modern science erroneous? There is no emotion vs. reason debate because emotions are the perception of a biochemical physiology precipitated by the individual’s cognitive activities of reason and logic as well as by other cognitive activities of awareness and knowing that include thoughts, memories, perception, conception, and imagination.

The term “emotion” is a misleading neurolinguistic cognitive construct of a civilized, literary, and religious society (Bavin, 2012; Noss & Grangaard, 2008) that has caused us to ignore the dynamic relationship between cognition and emotion within the context of emotion’s evolutionary function of modulating cognitive re-processing activities (Gross, 2014). Professor Randolph M. Nesse writes in Good Reasons for Bad Feelings: Insights from the Frontier of Evolutionary Psychiatry (Nesse, 2019), “Why did natural selection leave us so vulnerable to so many mental disorders?” The short answer is that evolution did not; society did. Depression and other disorders of the mind must exist when emotions, moods, and feelings are disregarded as an evolved bio-feedback mechanism to reprocess, reorganize, and restructure cognitive behaviors and beliefs towards those that emotionally feel better and signify a healthier physiology (Davidson & Begley, 2012; Nesse, 2019).

The current linguistic semantics is that Achilles’ anger brought countless sorrows. Achilles’ anger sent many valiant souls to Hades. Homer inscribes the emotion of anger as causal; that is, anger is the cause of Achilles’ behavior. When the neurolinguistic cognitive construct of emotions (Friederici, 2012; Ingram, 2007) used in religion and literature was created and included both (1) the causal cognitive activities of emotion that change the brain and body’s neurology and biochemical physiology (Maletic & Raison, 2017) and (2) the perceived effect of these same biological changes (Davidson & Begley, 2012; Smith, 2015; Pessoa, 2013), humankind usurped emotions’ evolutionary function. This erroneous linguistic and cognitive construct of the mind continues to this day in language, literature, philosophy, religion, law and education and has been an unquestioned foundation of modern psychology. Today, this misconstruction of destructive behavior arising from emotional dysregulation instead of cognitive dysregulation, erroneously prescribes emotional regulation, management, and control (even with the use of pharmaceuticals if necessary). However, it is cognition, not emotions, that precipitates the physiological states and changes within the brain and body that drives behavior. It is the dysregulation of cognition that is the foundation of mental illness, disorder, and destructive behavior and it is cognition that must be regulated, controlled, and managed.

How long will the academic institutions of early education, language, linguistics, literature, psychology, philosophy, and law continue teaching an erroneous and dangerous cognitive/emotional dynamic regulatory language based in a 3000-year-old literary and religious linguistics when there are, yearly, nearly 800,000 deaths by suicide worldwide (W.H.O., 2019); millions of other people are being put through a school-to-prison pipeline (LDF, 2018) within conditions of incarceration that only amplify their psychological injuries; and indiscriminate “random” shootings, bombings, murder, war, and individual dehumanization continues where people and politics have become objects to be controlled, manipulated, and subjugated for the personal greed and satisfaction of a dominate and power-hungry class of tyrants vying for economic and political control within a government of their own making? When will academia review, analyze, and question the psychological environments their teachings foster within all of these atrocities because they are oblivious to emotions’ evolutionary design? The lack of casual and scholarly questioning and review of erroneous emotional linguistics commonly misused in everyday life only add to the misfortune of these children of a lesser god (Medoff, 1979).

If philosophy, religion, science, and law are ignorant of what drives human behavior and decision making, how can there be but laws of ignorance and injustice (and disorder, conflict, and crisis)? Justice founded upon falsehood is itself false and unjust. 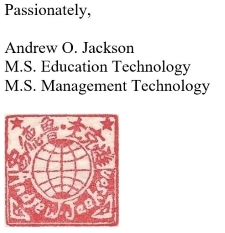